You are here: Home1 / News2 / Two Legal Eagles Partner Up 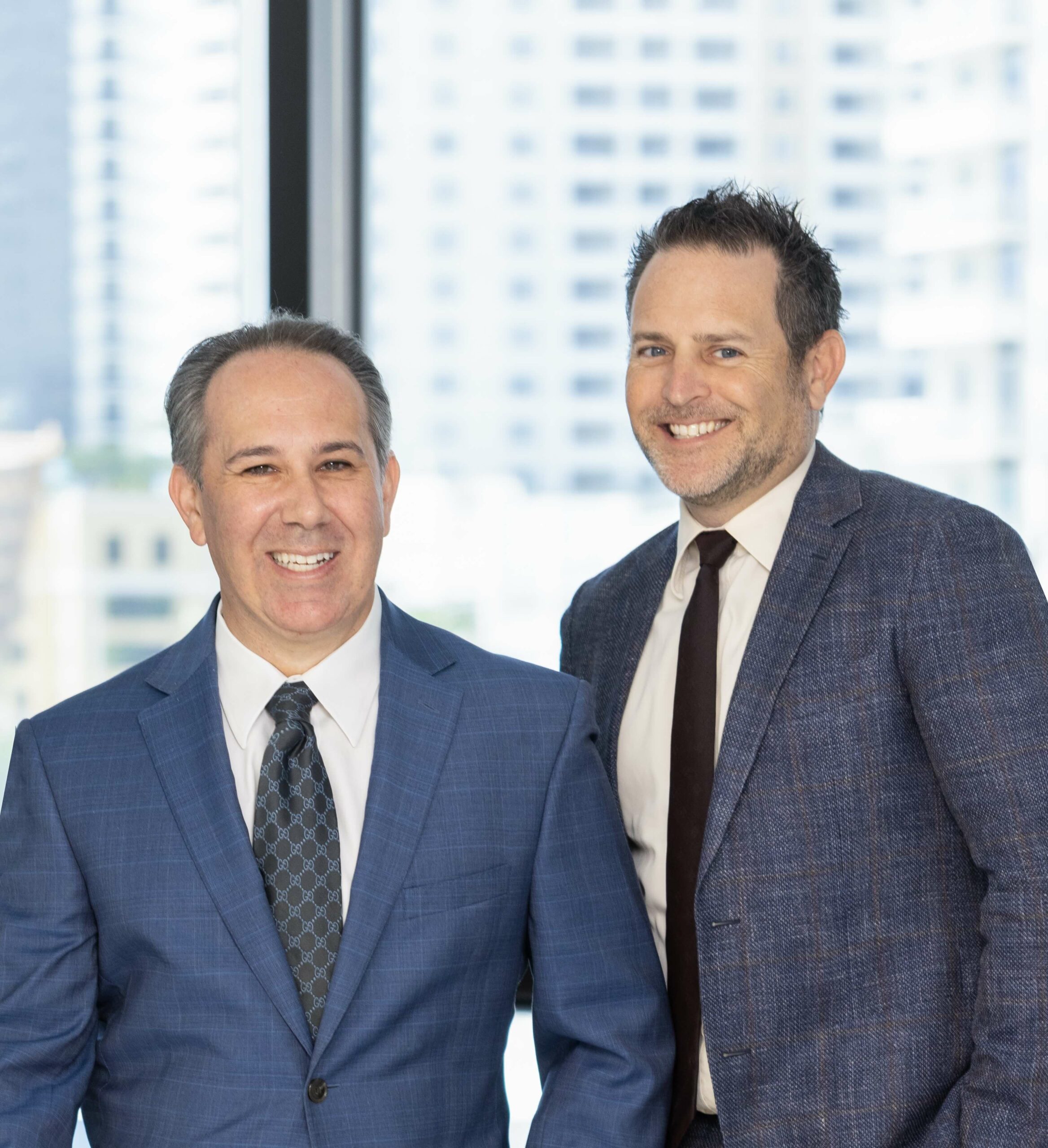 By the time attorneys Keith Poliakoff and Neil Schiller departed Saul Ewing Arnstein & Lehr, they’d shared a 15-year friendship—and a goal to found a new firm, the Government Law Group. With Poliakoff based in Broward County, and Schiller in Palm Beach County, the partnership reflects their commitment to offer comprehensive service in land use, lobbying, government contracts, litigation and municipal representation.

They also share a love of deal making. The two left on amicable terms with Saul Ewing and will maintain a referral relationship with the firm to assist clients in areas outside of the GLG’s core practice, but their hours are consumed charting their own course—by forging the kinds of complex deals at the intersection of government and commerce that have long been their passion.

Poliakoff’s road to law was not linear. He graduated from Syracuse, made his bones as a journalist, with stints at CNN and NBC News Miami. But he couldn’t shake the dream of law school, eventually earning his J.D. at Yeshiva University’s Benjamin N. Cardozo School of Law in New York.

His war stories comprise a long list. His current client, BGI Capital, a national developer, was looking for residential projects; another developer client, MG3 Properties, wanted to sell a property it had acquired in Hollywood. “One of the first things I did was make a match and tell them to speak to each other,” Poliakoff recalls. As a result, BGI has under contract a property for MG3—a luxury apartment building in downtown Hollywood.

“But it didn’t stop there,” Poliakoff says. “Once I realized that BGI was interested in developing in Hollywood, I was meeting with the mayor of Hollywood and out of the blue he mentioned that the old Publix that runs into Hollywood Boulevard may be on the market. I immediately called BGI and said, ‘Hey, why only take block 58 in Hollywood from MG3, why not take the whole area and look at block 57 too?’ And sure enough, within a matter of days we got that block under contract as well, and now we’re building one of the largest apartment and mixed-use developments in the city, valued well over a billion dollars at build-out.”

The deal also includes the potential for Hollywood Boulevard to extend east and west directly through the old Publix site. “And what did we do?” Poliakoff asks. “It was finding the property and taking it from A to Z, serving as the complete quarterback for the developer. As someone who always wanted to play football and never had the physical prowess to do so, this is my opportunity to be a quarterback.”

He also calls the deal a “home run” for a city that was looking for redevelopment as well as for his client. “I always knew I wanted to change the skyline of Florida help those municipalities,” he says, “some of

which are in dire need of smart redevelopment. Having a political background—my father was in politics—I always felt that deal making was something I enjoyed doing.”

As for Poliakoff’s new partner, Neil Schiller—armed with a bachelor’s and a law degree from the University of Miami—has grown into his practice area, which is notched with a range of high-profile projects. “I do land use and zoning and development law, like Keith, and I’ve done so many different projects over the years—and none of the easy ones,” he says. “These are the hard ones. Even though not many of them get developed because they’re so complex, it is a joy to see those projects get approved, from Transit Village of West Palm Beach with [Transit Village president] Mike Masanoff years and years ago, to the midtown Delray Beach project, which is now called Sundy Village that was approved two years ago.”

A particularly salient example of his wheeling and dealing is South Florida’s Brightline train system. “I was responsible for negotiating all the crossing agreements for Brightline,” Schiller says. “It was a great learning experience not only as a young lawyer, but as a lawyer going before city councils where they really hated me.”

He repeats: “They really hated me; they really hated my client. My territory was Palm Beach County all the way to Orange County. In some of those more northern cities and counties, the level of sophistication was there but the zealousness and hatred got worse and worse as we went north.”

If this sounds like a story of failure that Schiller had to bounce back from, think again: “Many city councils voted against the crossing agreements at first,” he recalls, “and then after some massaging, after some meetings, after some advocacy, they changed their minds, realizing that this was a very good deal. Now we’re working on Phase 2 all the way to Orlando now.”