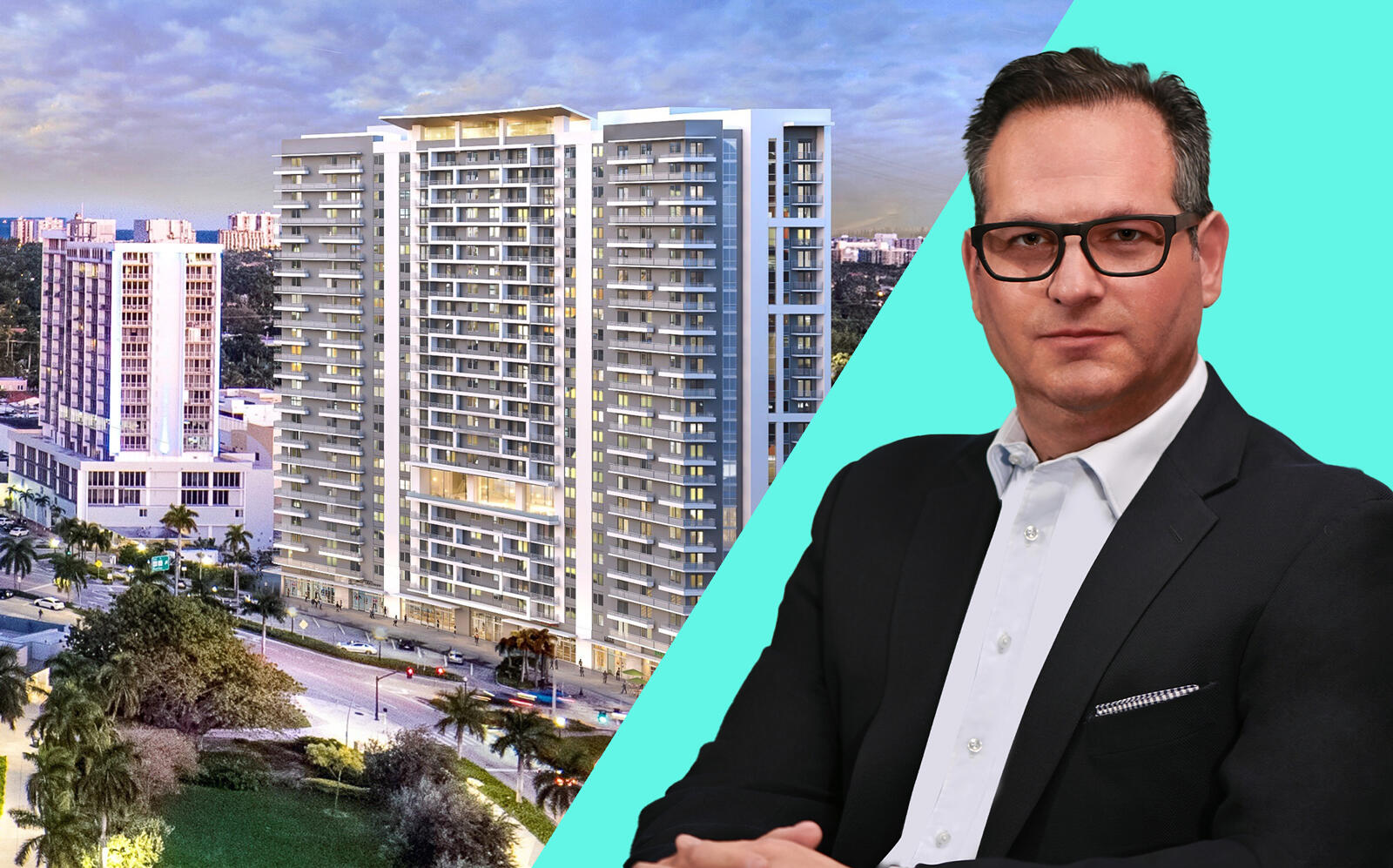 BTI Partners plans a 25-story multifamily project on the site of the Hollywood Bread Building, after buying the property for $11 million.

Fort Lauderdale-based BTI Partners and its equity partner Bridge Investment Group bought the Bread Building at 1747 Van Buren Street, according to a news release. Steve Kohn and Chris Moyer were part of the Cushman & Wakefield team that represented BTI Partners.

The 11-story Bread Building was built in 1969, according to property records. It has been a Hollywood landmark, although in recent years it fell into disrepair and has remained vacant.

BTI Partners, whose CEO is Noah Breakstone, plans to build an apartment building with 362 market-rate units and 16,000 square feet of retail, according to the release. Construction is expected to start this year after BTI Partners demolishes the Bread Building this summer. The “Hollywood Bread Building” sign will be preserved.

The purchase, which includes parcels adjacent to the Bread Building, totals 1.6 acres, according to Keith Poliakoff, BTI Partners’ attorney. The properties are in an Opportunity Zone, meaning investors can get a tax break on their capital gains by putting money into the venture, according to Poliakoff.

The project will be on the southeast end of Hollywood’s Young Circle and part of BTI’s larger investment in the area. The property is fully entitled for the project, meaning only permits are needed, according to Poliakoff.

The group also wants to build a two-tower complex on the east side of Young Circle by redeveloping the 3.25-acre Young Circle Shopping Center on the site now. Plans are for residences, shops, restaurants, office space and a skywalk connecting the two towers, according to the release.

BTI, which is in the planning and approval stage for this project, bought that property for $16 million in 2020.

Overall, the shopping plaza redevelopment and BTI’s apartment tower replacing the Bread Building total a $500 million investment in Young Circle, according to the release.

BTI, which also is a land investor and capital partner, develops residential, retail, mixed-use and other commercial real estate, according to its website. It also is a master-plan developer of communities throughout Florida. Ongoing projects include Crossprairie on 1,400 acres in Orlando and Westshore Marina District on 52 acres in Tampa, according to BTI’s website.

MG3 Developer Group invests in real estate and land development, with a focus on assisted living facilities and charter schools. The firm is led by Marcelo Saiegh, Hernan Leonoff and Gustavo Bogomolni, according to its website.

In April, MG3 sold a portfolio of eight schools in Florida for $242 million, including two in South Florida that sold for $78.1 million.

The Bread Building sale comes as Hollywood is on track to record the biggest South Florida hotel sale this year. Pebblebrook Hotel Trust is under contract to buy the 369-key Margaritaville Hollywood Beach Resort for $270 million, according to Pebblebrook.