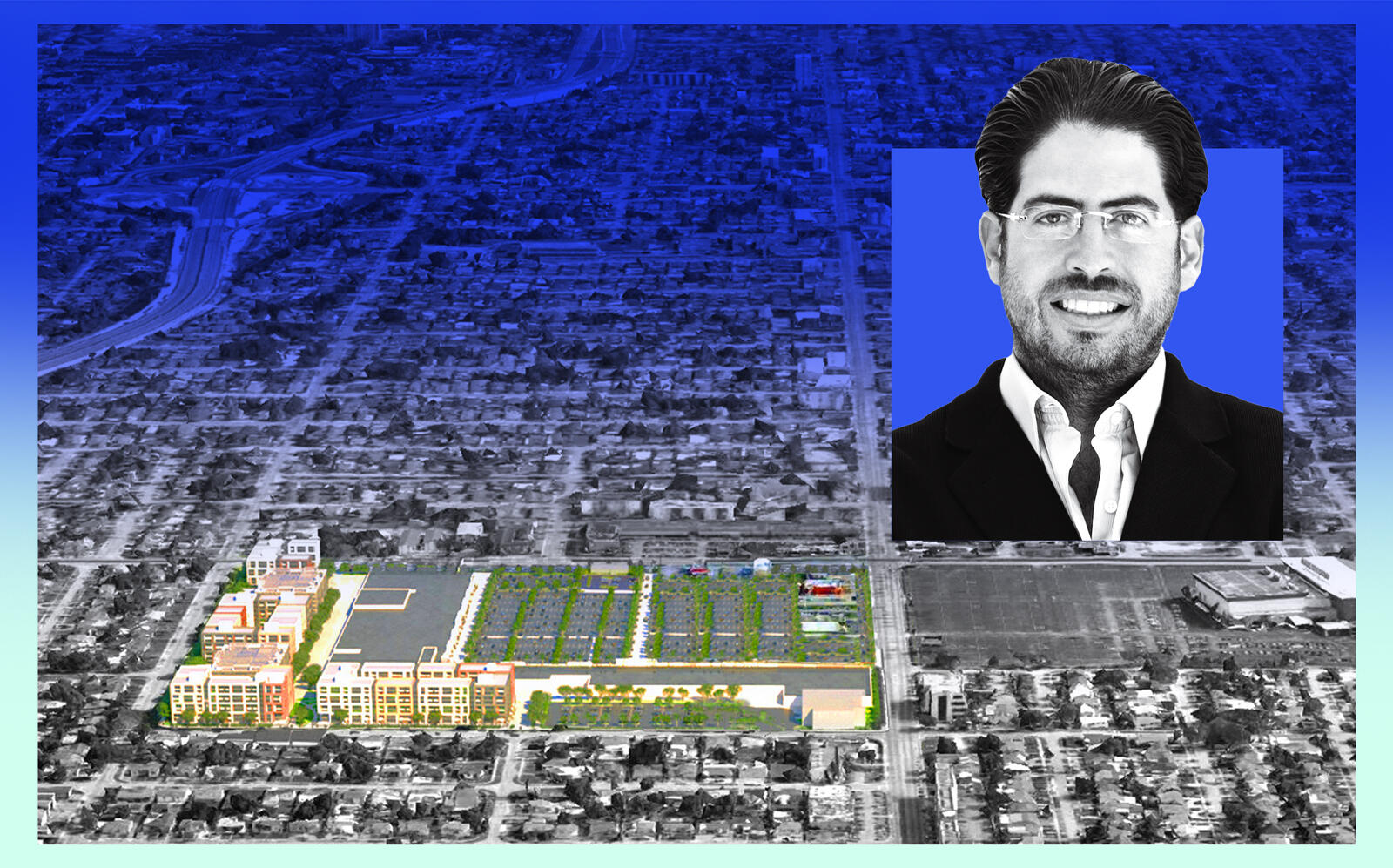 This month, Houston-based developer Morgan Group won a land use change to build 356 apartments on the site of a former Macy’s store and parking lot at Pompano Citi Centre, a shopping center in Pompano Beach on the southwest corner of Copans Road and Federal Highway.

“We haven’t seen many of these residential transformations at commercial centers, but I think you’ll start to see more of them as the centers unfortunately start losing tenants on a permanent basis,” said attorney Neil Schiller, a founder and shareholder of Boca Raton-based Government Law Group who represents real estate developers.

Shopping centers in densely populated areas are among the best in-fill sites for multifamily developments because they can meet the residential, occupational, and recreational needs of residents, said Art Falcone, co-founder and chief investment officer of Boca Raton-based Encore Capital Management.

“As South Florida gets basically built out, the opportunity now is combining live, work and play,” Falcone said. “People don’t like to be in cars and stuck in traffic.” 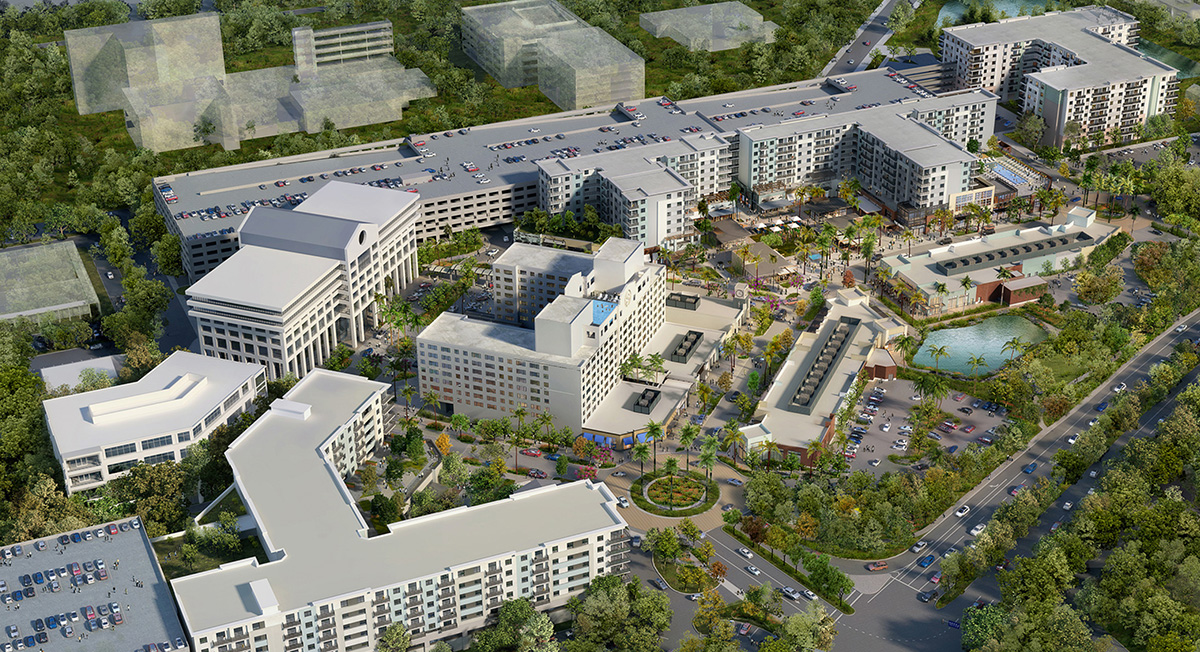 Falcone’s company acquired the 34-acre Fashion Mall in Plantation, demolished it, and is replacing it with Plantation Walk, a mixed-use redevelopment that ultimately will include 730 apartments. Tenants have started moving into two newly opened apartment buildings with 410 units, and Falcone expects construction of a third apartment building with 320 units to start early next year.

Falcone said Encore also has received certificates of occupancy for 130,000 square feet of new retail and restaurant space. Other completed projects at Plantation Walk include a Sheraton Suites hotel and a fully leased, 180,000-square-foot office building where insurance giant Aetna occupies half the space.

A positive market response to the residential options at Pines City Center encouraged Terra to acquire a 38-acre shopping center in Miami called Central Shopping Plaza, renovate the existing stores, including a former Kmart store that Target will occupy, and build apartments around them. 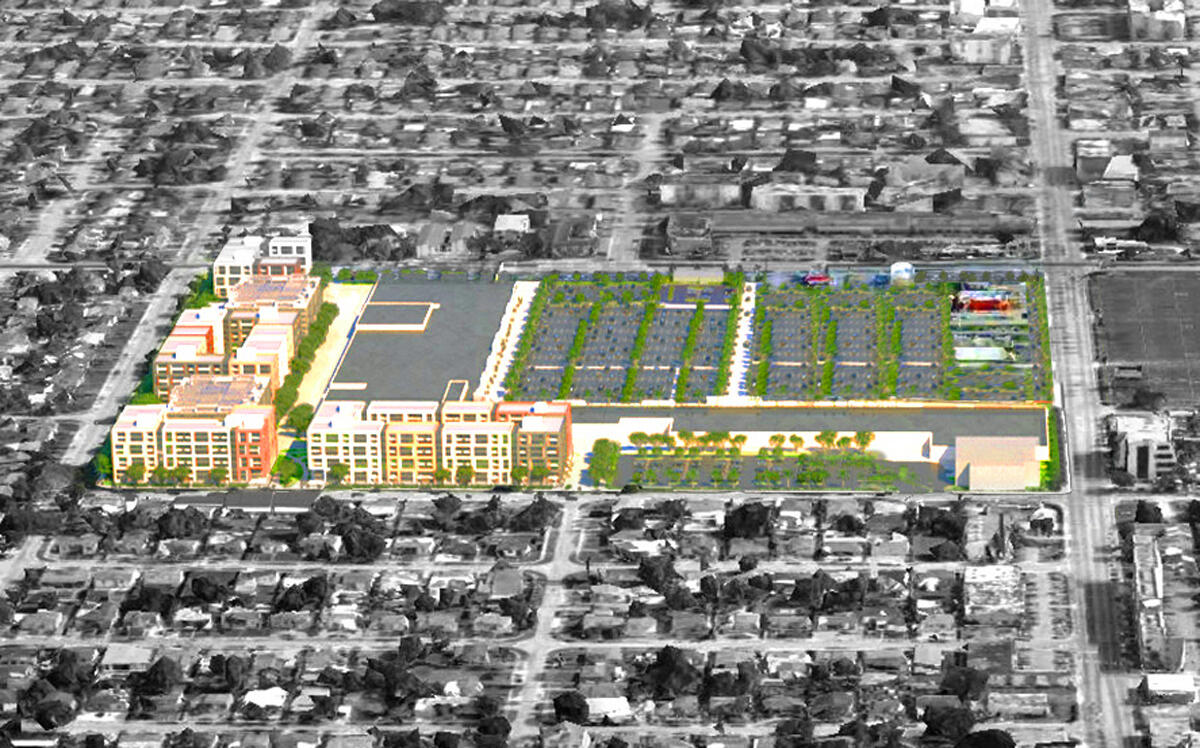 A rendering of Terra’s CentroCity development

The first phase of that redevelopment, called CentroCity, will include 460 apartments, and will be completed in 12 to 18 months, said David Martin, CEO of Terra. By 2024, he said, Terra plans to build a total of 1,100 apartments and 250,000 square feet of office space at the CentroCity property in Miami’s West Little Havana neighborhood.

At Pines City Center, “what we saw was a very strong symbiotic relationship. Residents loved living around a retail offering, and retailers liked having customers who can walk to the store,” Martin said. “It becomes a lifestyle offering for the residents and obviously increases the number of repeat customers” for the retail tenants.

Another large-scale redevelopment is expected to bring a residential component to the Boynton Beach Mall. Columbus, Ohio-based Washington Prime Group won a rezoning of the 108-acre mall in Boynton Beach for a redevelopment that would combine as many as 1,420 apartments and up to 400 hotel rooms with 629,000 square feet of retail space. Washington Prime Group recently emerged from Chapter 11 bankruptcy with a new CEO.

However, shopping center owners like Beth Azor are unlikely to redevelop their properties in the absence of low occupancy rates. Azor is founder and principal of Azor Advisory Services, a Weston-based company that owns six shopping centers in Broward County.

She has no plans for multifamily development at any of her shopping centers because they aren’t distressed – three are fully leased – and because developers are building hundreds of apartments near her centers in Davie, Plantation and Sunrise.

“There are so many wiser, more experienced, richer folks doing apartments, that I like to watch their success from my vantage point,” she said, citing her career as an investor in shopping centers. “After 35 years in the business, I know how to do those, versus trying to learn how to develop multifamily properties.”