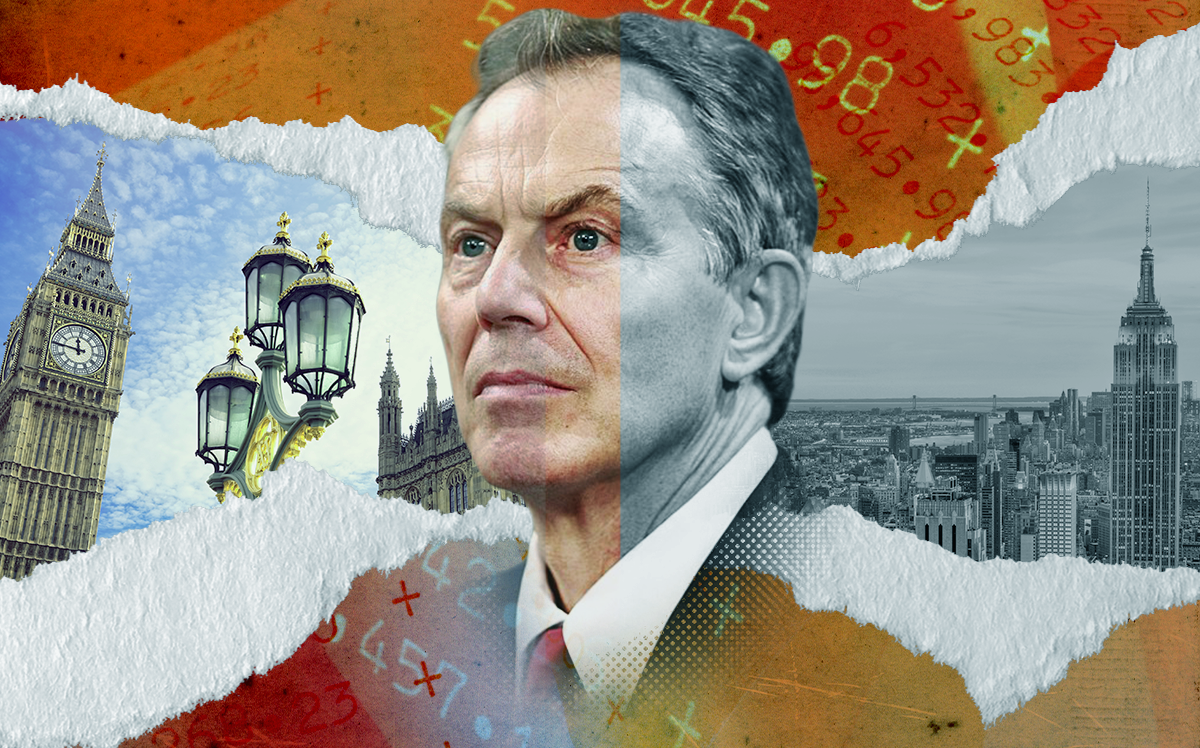 Last year, Americans bought $1 billion worth of whisky and $6.5 billion of vehicles from the UK. But this week’s Pandora Papers leak revealed another British export that might hook wealthy Americans: creative tax avoidance.

On Sunday, the Guardian reported that former Prime Minister Tony Blair dodged more than £300,000 in property transfer taxes when he and his wife purchased a £6.45 million London townhouse. Nothing they did was illegal: the couple simply exploited a loophole in British tax law that doesn’t levy stamp duties on business purchases the way it does real property acquisitions.

In 2017, the Blairs set up a British company and used it to acquire an LLC registered in the British Virgin Islands, which owned the townhouse. The Blairs then dissolved the BVI firm, bringing the property under their company’s control without ever technically purchasing the townhouse itself.

In the U.S., with its sea of shell companies and authorized signatories — and its rich tradition of tax avoidance — could an intrepid buyer pull a similar stunt?

“Can that be utilized here? It depends on what state,” said Chris Curtis, an attorney at Chaves Perlowitz Luftig who specializes in estate planning and trusts and frequently helps clients set up offshore companies for their assets. The structure is particularly popular for foreign buyers of American property, who receive much lower estate tax exemptions when they die than U.S. citizens do.

In New York, buying a controlling interest — 50 percent or more — in a property-owning company constitutes a real estate transfer. Even if the shares are acquired in separate transactions from different sellers — say, 25 percent in June and another 30 percent a year later — so long as the shares add up to a controlling interest, it’s transfer tax time. The state adds up all shares acquired within three years of one another.

A particularly shrewd buyer may set up separate LLCs and divvy up his shares between them, so that no one company owns a controlling interest. But still, under New York’s tax code, LLCs must disclose their owners. Even if the LLC is owned by another LLC, the disclosures must continue up the ladder until an actual, warm body is revealed.

As of April, REITs and publicly-traded companies who are members of an LLC no longer need to name their shareholders in this filing. It’s unclear whether that would allow such a multi-company workaround.

Even though Blair’s scheme wouldn’t pass legal muster in New York, that doesn’t mean it could never happen.

“It’s a ‘catch ‘em if you can’ mentality,” said Ross Levine, a founding partner at Schwartz Levine Stark. With anonymity so commonplace in New York property ownership, it’s ultimately up to the lawyers preparing the owner’s forms to ensure proper disclosure. That can get tricky when LLCs stack up like Russian nesting dolls.

“Even if you have it layered, there could be a trace back to that person — if, of course, it’s papered,” said Levine, referring to a document such as an amended operating agreement, which would explicitly lay out what percentage of the company each shareholder owns. “But who the hell wouldn’t want that papered?” he said.

Even a fraudster would want proof of ownership when it comes to an asset as large as a building. “If you’re spending millions of dollars, you’re going to want a paper that shows you have an interest in that property,” said Levine.

Curtis and Levine agree that there’s nothing inherently wrong with stashing assets in LLCs. But there’s room for abuse.

“The system isn’t necessarily broken, but it does rely upon the fiduciaries to honor the tax code and do the right thing,” said Levine.

California’s system works largely the same as New York’s, triggering a property transfer tax when a person buys 50 percent or more of a property-owning LLC. It also leaves a similar onus on self-reporting, which means Blair’s scheme would be illegal, though not impossible, in the Golden State.

“It’s an honor system somewhat, because there’s no deed that’s filed when you buy an LLC. But you’re required to pay the property tax unless there’s an exemption,” said Brad Cohen, partner at JMBM in Los Angeles.

“I don’t advise people to cheat their taxes just because there’s a good chance they’re not going to get caught,” he added. “And there’s people that’ll charge a lot less than me to tell them that.”

As is tradition, things are a little more freewheeling in Florida.

In theory, the state has required sellers to file a disclosure with the Department of Revenue any time someone buys a single-purpose LLC that owns real estate for at least five years. In theory, the department then loops in the local property appraiser, who — in theory — applies the proper transfer taxes.

“In practice, very few follow the law, and could get into serious trouble if they were found to have violated the law,” said Keith Poliakoff, founder and managing partner of Government Law Group in Fort Lauderdale.

Just as in New York and California, the loophole no longer exists, but enforcement often hasn’t kept up with buying activity. The fallout has been particularly brazen in Florida.

“There’s no way around the law, but the reality is people don’t tend to follow the law, either because people don’t know the law exists, or they’re trying to commit an illegal act,” said Poliakoff.

Especially during the pandemic, with out-of-towners descending on Florida, Poliakoff has noticed sellers coaxing unaware buyers to just purchase their ownership LLCs. With lax enforcement and unwitting buyers, some may be breaking the law without even knowing it.

“People buy drugs illegally all the time too. Both are breaking Florida law,” said Poliakoff.