You are here: Home1 / News2 / South Florida Attorneys Weigh In on Supreme Court’s Decision on Biden’s...

The U.S. Supreme Court ended the Biden administration’s eviction moratorium on Thursday, allowing evictions to resume amid rising COVID-19 cases. This decision is a big deal for landlords across the country, including South Florida, who have tenants behind on their rental payments.

Alan Kipnis, an attorney with the Government Law Group in Fort Lauderdale, represents landlords whose first choice is to not evict their tenants. He says the landlords will try anything they can to work with people.

“The legal system is not the right way to do it. It never was, by the way, before COVID. They’re trying to work with the tenants as best they can. I think one of the problems is the money that was allocated from the Congress never got here,” Kipnis said.

“I’m not surprised the eviction moratorium was lifted, and it’s good news for landlords looking for more options,” Kipnis said. 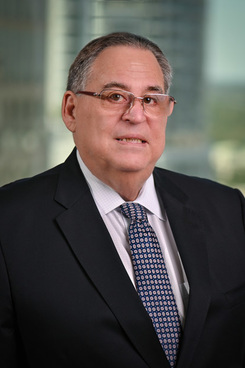 “It’s going to be a double-edged sword. We all know how badly COVID is still going on in Florida, so the fact that the moratorium is lifted, first what’s going to happen is the landlords are now able to file landlord-tenant evictions. The problem is, the court system is still in the same spot it was 17 months ago. They’re closed for the most part and understaffed,” Kipnis said.

According to an eviction moratorium research brief by law firm Marcus & Millichap, a mass wave of forced exits is not likely, despite months of delays resulting in more eviction orders filed than in a typical year. Kipnis believes the court system will get clogged up as more people are able to file.

“While it creates a lot more problems for the tenant in terms of being subjected to eviction, I think the process will take longer, and it’s going to be painful in terms of time. It’s just going to add to the pressures we add to right now,” Kipnis said.

He advises that attorneys representing both tenants and landlords prepare for a large number of cases and problems within the court system.

“It’s going to cause delays, and attorneys are going to have to work with the courts and the clerks to try to work through this. It’s something an attorney needs to be prepared for. Give them a reality check in terms of what’s going to happen here. A tenant should know that they’re not going to be served and out the door in 15 minutes. The courts are still required to go through a procedure if the tenant objects to the eviction, and that process will take place, it’ll just take a long period of time,” Kipnis said.

According to Jason Vanslette of Kelley Kronenberg in Fort Lauderdale, the eviction process shouldn’t take too long.

“It’s a summary proceeding so they may take these eviction proceedings on an expedited basis, there might be a backlog for sure, because of the mass amounts of filings. Obviously, the court system has so many limited resources, so certainly that will take effect and probably delay some, but due to the timelines that are required due to the statute under summary proceedings, the delay shouldn’t be that much,” Vanslette said.

Now is the perfect window for residential landlords to file, just in case the eviction moratorium is extended again, Vanslette said. 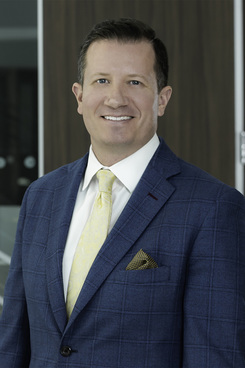 Jason Vanslette, a partner at Kelley Kronenberg in Fort Lauderdale.

“The issue with that is, it’s only been 24 hours and on the executive level, the president or Congress could act and reinstate an eviction moratorium again. It is possible you can file your eviction but if another moratorium is in place between now and then, it will once again be stalled. Try to use your resources as much as possible while the window is still open,” Vanslette said.

According to the research brief, 94.9% of renters in the country made their monthly payments in July, which is less than 2% below the July 2019 measure. The statistic suggests that delinquency is not much higher than in a traditional year. The federal stimulus checks and expanded unemployment insurance were early key supports for people. For people renting, Vanslette said applying for federal assistance can help those facing eviction.

“There’s close to $46 billion for renters or landlords for that matter who can apply for assistance. To date, probably about $5 billion of that has been disbursed and there’s some red tape and bureaucratic issues, but the assistance is there at the local level, and if they have or acquire, they should try to apply with the local department of health or their local cities and county governments,” Vanslette said.

Currently, the multifamily sector is doing well. According to the record brief, rental demand has already recovered from last year, with vacancies dropping 3.8% in June. In the Class C tier where the risk of COVID-related evictions is highest, rents are climbing. Tenant turnover is expected over the next few months, but a shortage of housing will help bolster operations across a range of housing options.

“Regarding the impact of the moratorium ending on the multifamily sector, particularly when it comes to occupancies and the unprecedented rent growth we have seen, pent-up demand in primary and secondary U.S. markets should offset a substantial amount of the new vacancies. As long as would-be buyers continue to be priced out of purchasing, rental rates in these areas should remain at record levels,” said Marcie Williams, president of RKW Residential, which manages over 25,000 apartments in South Florida.

Williams said the Supreme Court made the right ruling and the entire multifamily industry is breathing a sigh of relief.

“The moratorium has been a long-term burden on apartment community owners, with some renters not paying any rent for an entire year. We agree with the National Multi-Housing Council’s [NMHC] response to the court’s ruling that encourages landlords to focus on a compassionate approach prioritizing the support of residents. We have emphasized flexibility and compassion throughout the pandemic and will continue to do so to help our residents,” Williams said.

Some states, including New York and California, have extended their own moratoriums, which will help some renters gain income stability.