You are here: Home1 / News2 / Hollywood trailer park goes under contract to developer 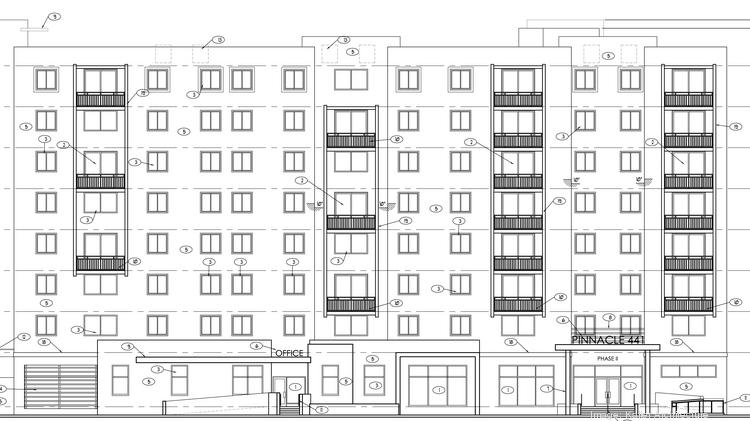 Phase 2 of the Pinnacle 441 apartments is planned at 6028 Johnson St., Hollywood.

The developer has proposed a 7-story project here.

Pinnacle aims to redevelop a trailer park in Hollywood to build the second phase of its affordable housing project.

Directly to the east of the trailer park, Pinnacle broke ground on Pinnacle 441 in early August. The $45 million project will have 110 affordable apartments, three market-rate apartments and 6,760 square feet of retail.

“We’re really excited to expand our footprint in affordable housing development with the possibility of adding 100 additional residences with the second phase of Pinnacle 441,” Pinnacle regional VP Timothy Wheat stated.

With rents spiking by double digits in Broward County over the past year, there is huge demand for affordable housing. The U.S. 441 corridor in Hollywood didn’t have much development for decades, but the city has allowed more density there and developers have taken a stronger interest in the area.

Many trailer parks in South Florida have been redeveloped into more profitable uses in recent years. This is one of the few instances in which the trailer park would be replaced by affordable housing, instead of market-rate apartments or industrial.